Is leaving the outcome entirely in the hands of the Courts a solution? Do Courts have today the means to allow everyone to feel heard, to feel satisfied, recognised, respected? It would seem not.

Too often, by giving the justice system the power to decide who is in the right, those subject to the Law have become passive players in crisis management and the disputes that affect their lives.

That which is right should be the result of both personal and common reflection, a pathway that implies compromise and the respect of both parties essential needs and concerns.

Since 2015, all applications to the civil or commercial Court must state the steps undertaken to try and reach an amicable solution, except in particular cases or for legitimate reasons.

2017 marks the advent of the “no judge” divorce in France.

This inescapable movement towards negotiated justice, as sought by our leaders, places the lawyer at the centre of the search for an amicable solution, and of the drawing up of the agreement that will be confirmed by a Judge in the form of an enforceable decision or entered into the minutes of a public notary, as is the case with the “new” divorce by mutual consent in France.

In addition, it is vital to control the length and cost of the proceedings by involving the parties in the resolution of their legal disputes, in an atmosphere of trust and respect.

A mutual agreement is a means of reaching a satisfying, acceptable and enduring solution.

Building peace rather than using conflict.

Therein lies the interest of the litigant when faced with a major crisis.

Carried by this conviction, Séverine Tamburini-Kender has for several years been actively involved in guiding her clients by means of the tools which make up alternative dispute resolution, known also as out-of-court resolution.

The key role of the Solicitor is to make use of all their skills and experience from the start, and to have a holistic, reasoned approach to the dispute that will enable all parties to either find or create an enduring, acceptable outcome without limiting them to the confines of a cookie-cutter solution.

Séverine Tamburini-Kender has been specially trained in Collaborative Law, a well-known process in Anglo-Saxon countries as an alternative to judicial litigation, during the course of which clients and Solicitors cooperate in meetings (at which other jointly chosen experts might be present) on the journey towards a comprehensive and durable solution suited to their particular needs and situation.

All parties are put under an obligation of transparency. The objective is to seek a contractual agreement by negotiation in good faith between the parties and their Solicitors. The key is interest-based negotiation which makes it possible to provide a contractual framework and thus secure the search for amicable solutions.

This is a legal act signed by the parties, assisted by their Solicitors.

Where the dispute has not yet been referred to the Courts or an arbitrator, the parties agree to work jointly and in good faith to find a solution.

We assist and advise, guaranteeing the respect of your rights and of procedure during the negotiations, and later before the Judge.

The method and pace of the negotiations are agreed between the parties and the Solicitors who exchange legal arguments and proofs according to a pre-determined calendar. A specialist might be appointed.

Legal ratification of the agreement

In all cases, the judicial phase leads to the ratification of the agreement by the Judge, gives it enforceability and sets out the various areas of disagreement which might subsist.

Notwithstanding, in certain cases an act drawn up by your Solicitor can have enforceability without having been ratified by a Judge. Since January 1st 2017, divorce by mutual consent can come into effect simply by the safekeeping of the agreement drafted by your lawyer, signed by all parties and registered into the public notary’s minutes. 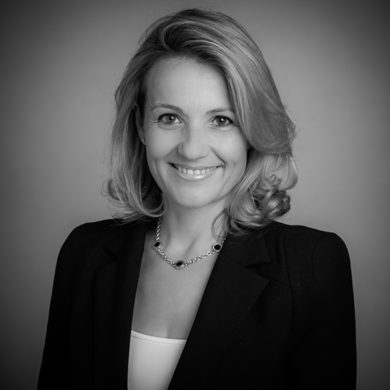